THAN WIRE AND STRIP

POWERFUL PARTNER OF THE INDUSTRY. 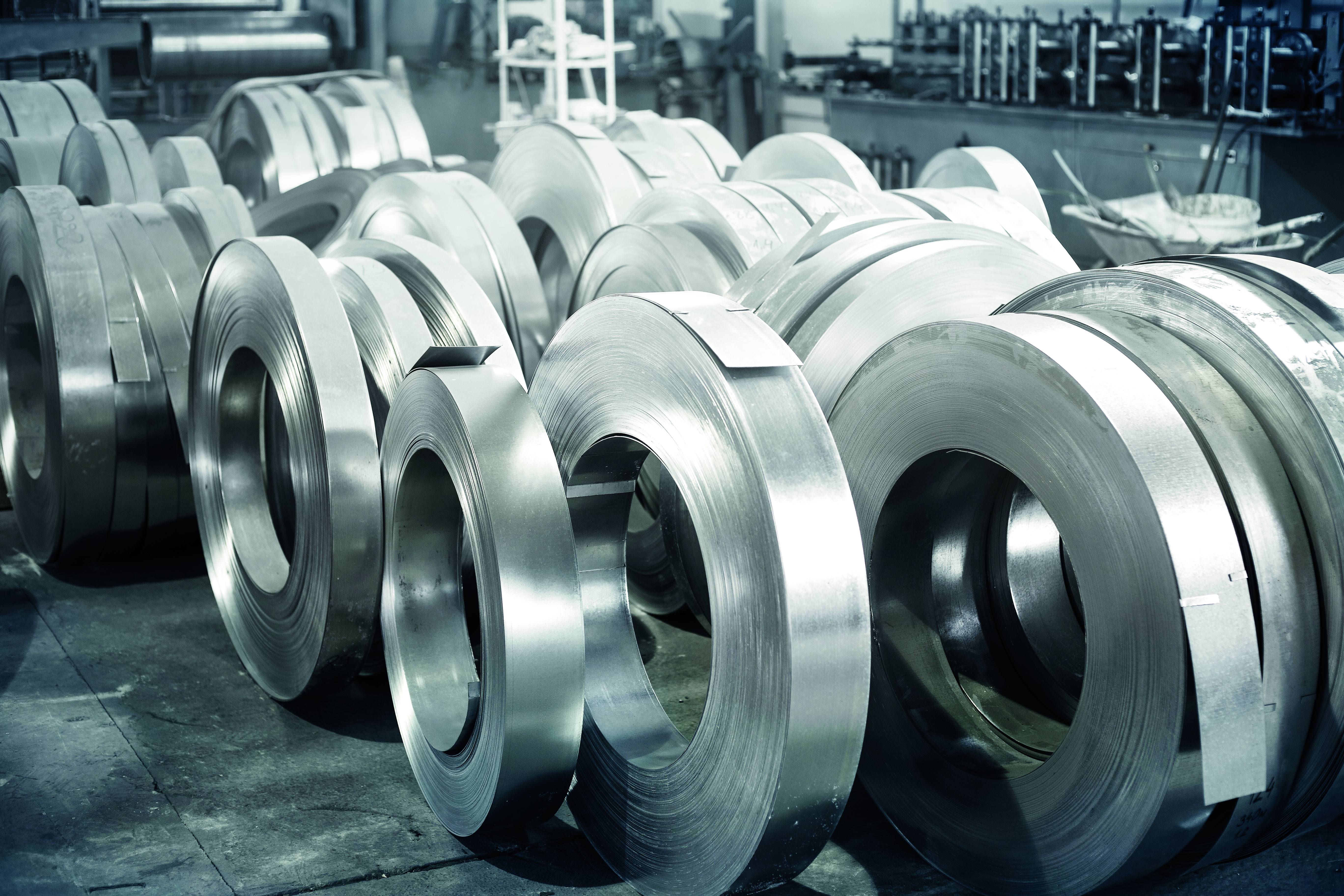 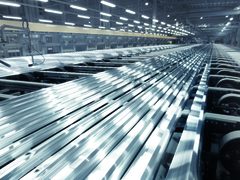 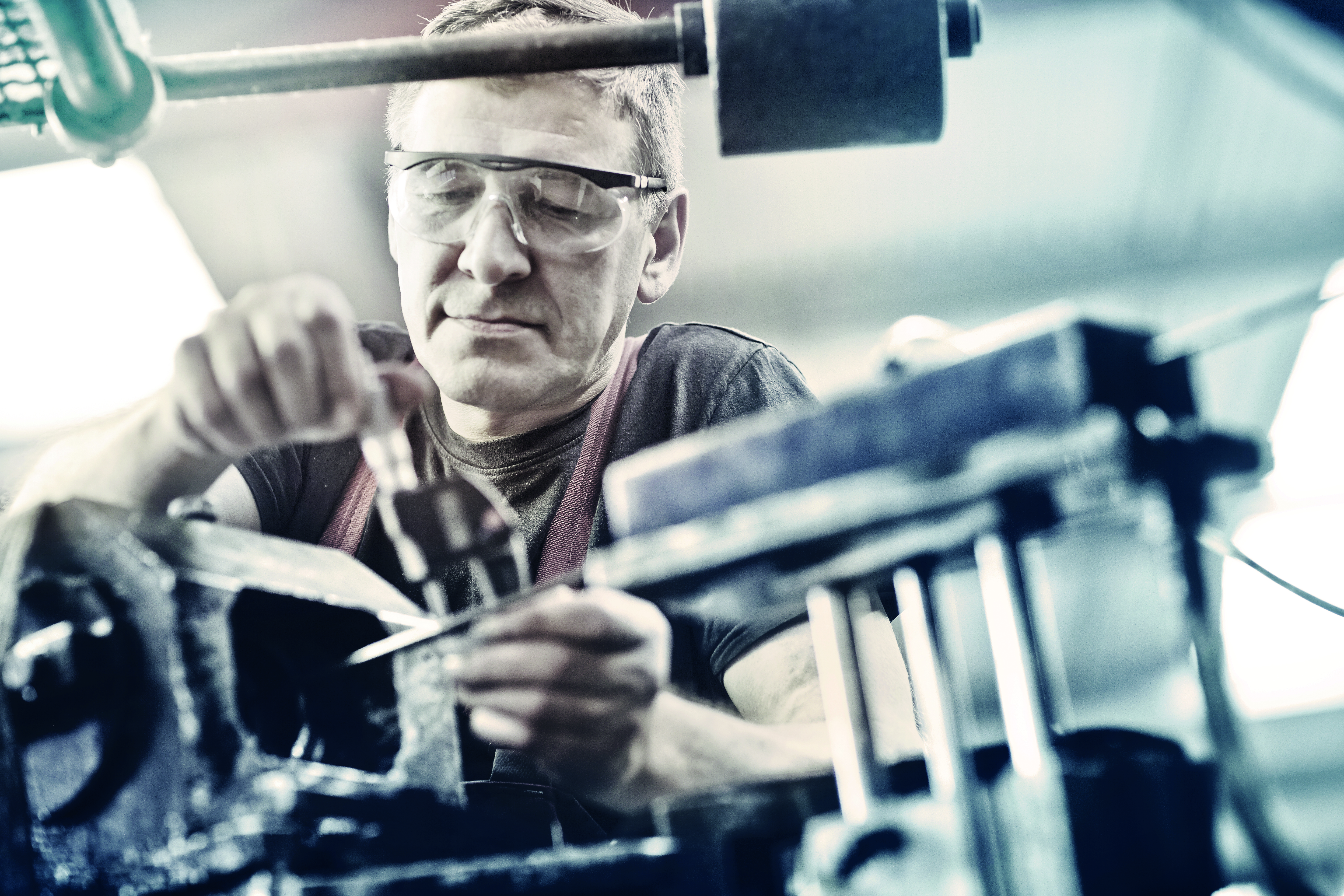 As a leading producer in Drawn Bars and Wire, hardened and tempered and quality stainless steel, we are an appreciated partner and service provider for our customers. Furthermore we are able to react to our customers‘ wishes flexibly. Besides well educated and motivated employees, modern manufacturing plants are the basis for our performance.

The combination of these two parameters gives us the possibility of manufacturing highest quality hardened and tempered strip steel as well as drawn bars and wire. Moreover our bar drawing bench produces steel for tools exactly how our customers wish it to be, individually specified and in customer defined lengths. Additionally, our new strip plant offers the latest hydrogen technology for hardening and tempering which is also environmentally friendly.

STEEL FOR CUSTOMERS ALL AROUND THE WORLD

ONE OF THE MOST COMPREHENSIVE SILVER STEEL STOCKS IN EUROPE

From the eastern Ruhr area to the whole world: As an International business, our products are sought by customers distributed all over the world. Month for month we produce approximately 700 tonnes of wire and 1.200 tonnes of strip steel. Roughly 60 percent of these quantities are delivered to customers in foreign countries – the remaining 40 percent are highly appreciated by our long term customers in Germany.

Since 2013, our company’s place of business has been located in Bönen, district Unna – just outside of Dortmund. We found excellent infrastructure and ideal conditions to make our production sustainable in the future. This gives us the opportunity to meet our customers‘ expectations and wishes even better.

The enormous operating area of roughly 5 hectare allows us to expand in the future. We have room to expand our stock capacities significantly, having already one of the most comprehensive silver steel stocks in Europe. 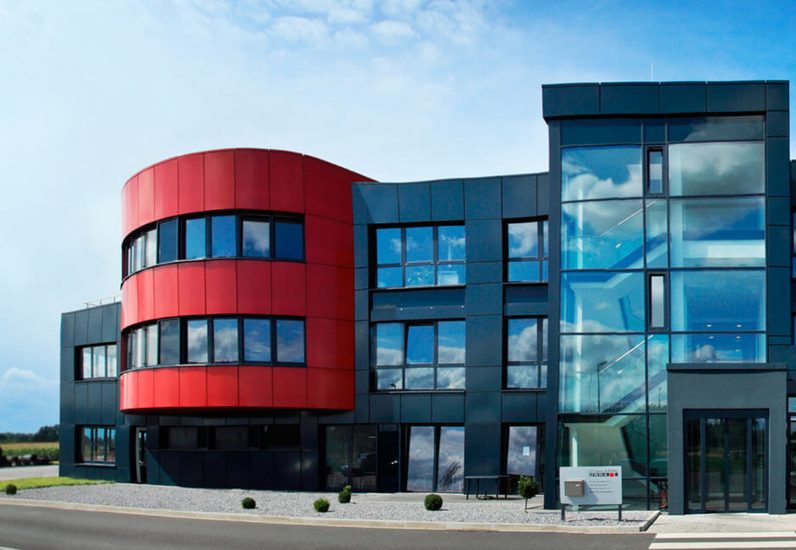 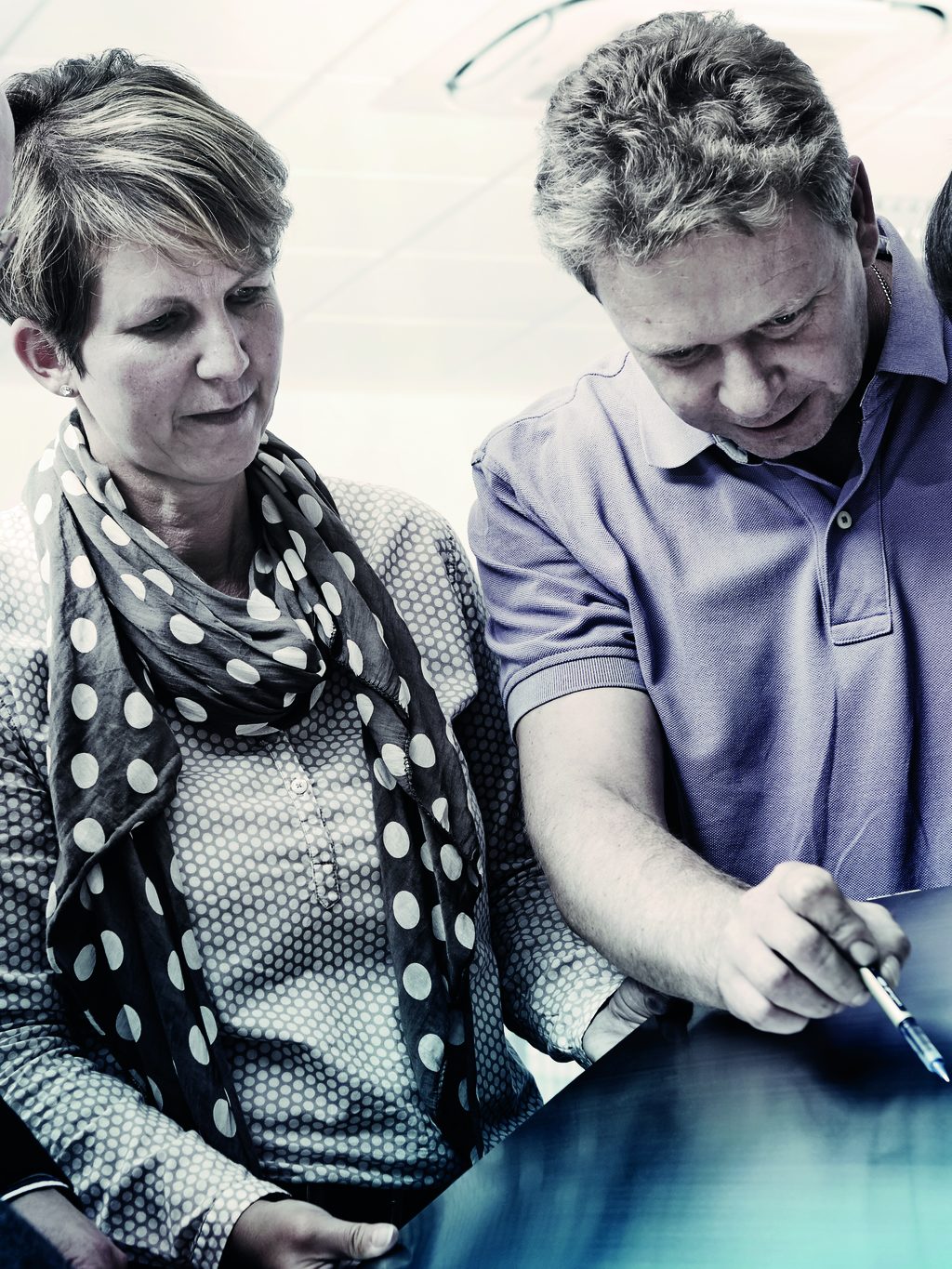 CLOSE TO THE CUSTOMER – FOR MORE THAN 100 YEARS

The history of our company, ever since it was founded by Gustav Müller in 1913, has been moulded by stability and constant development. The cold rolling mill (1934) and the steel strip tempering plant (1950) were added to the classic steel drawing plant of 1913. What defined our infrastructure back then, also affected our product range: hardened and tempered, cold-rolled and polished strip steel was added to our product portfolio in 1960.

The 1970s marked the transition into a new age. Following the construction of a large, new production factory, the cold rolled strip plant was put down in 1972. Two years later – 1974 – came the introduction of digital electronic data processing. 1976, certified engineer Wolfgang Müller took over the management in the third generation. The same year, considerable investment was made in Schumag automatic drawing machines. Another cold rolling stand was added in 1978.

In 1982 a strategic decision was made to expand the strip steel range. The separate strip steel polishing units were converted into in-line-polishing in 1984. In the mid 80s investments shaped the rest of the decade: the capacity of the tempering mill were expanded with an additonal lead bath tempering line and integrated polishing unit by Ebner. Two years later, began the operation of a slitting unit with integrated edge processing – lastly, a double vacuum batch annealing furnace for steel wire was added.

A further tempering line with an integrated polishing unit was installed in 1993. Finally, a Schumag edge processing mill (up to 25mm in diameter) and a fully automatic packaging and bundling line have completed the process.

In the first decade of the new millenium, an end working station for bars and eddy current test was added to the facility. The introduction of the shot blast descaling technology in 2005 replaced the chemical processes for wire. The tempering mill was extended by a logistics hall. After the sale of the business, the name of the company became Stahlwerk Unna GmbH & Co. KG.

In 2011, certified engineer Christian Köhler took control of the business. The Breitenbach drawing benches have been replaced by new, modern Schumag machines. In addition the rolling stands were dismantled and the planning for a new production plant at another location could finally begin.

The first groundbreaking step for the new plant was made in 2012. Moreover we added a new production facility for cutting to length. One year later - 2013 – the whole company moved to the new location in Edisonstraße 27 in Bönen (Industrial Area InlogParc).

TO RELY ON EXPERTISE AND APPROACH NEW CHALLENGES

As a family business with history reaching back more than 100 years we see it as our duty to look back into our history in order to actively shape the future and build a core of sustainability. We see ourselves as a long-term and reliable partner of our customers, suppliers and employees. Our actions are aimed at bringing lasting success and are characterised by our ambition to shape a sustainable future. We show the courage not to always rely on proven remedy, but also to discover things in new areas, without relinquishing our already won expertise and knowledge. With all that, our company is aimed towards safe and profitable growth, which is a requirement for a solid and successful perspective in the future. Our decisions are rationally justified, well thought-through and correspond to the basic thought of sustainability. 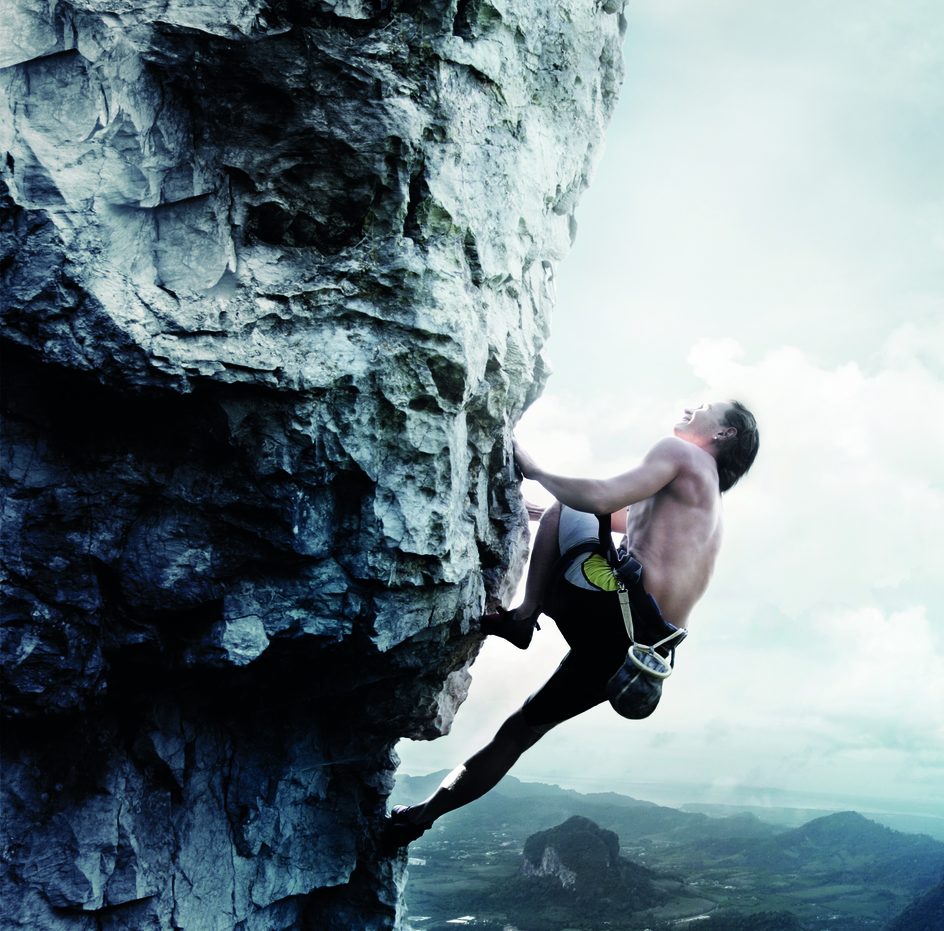 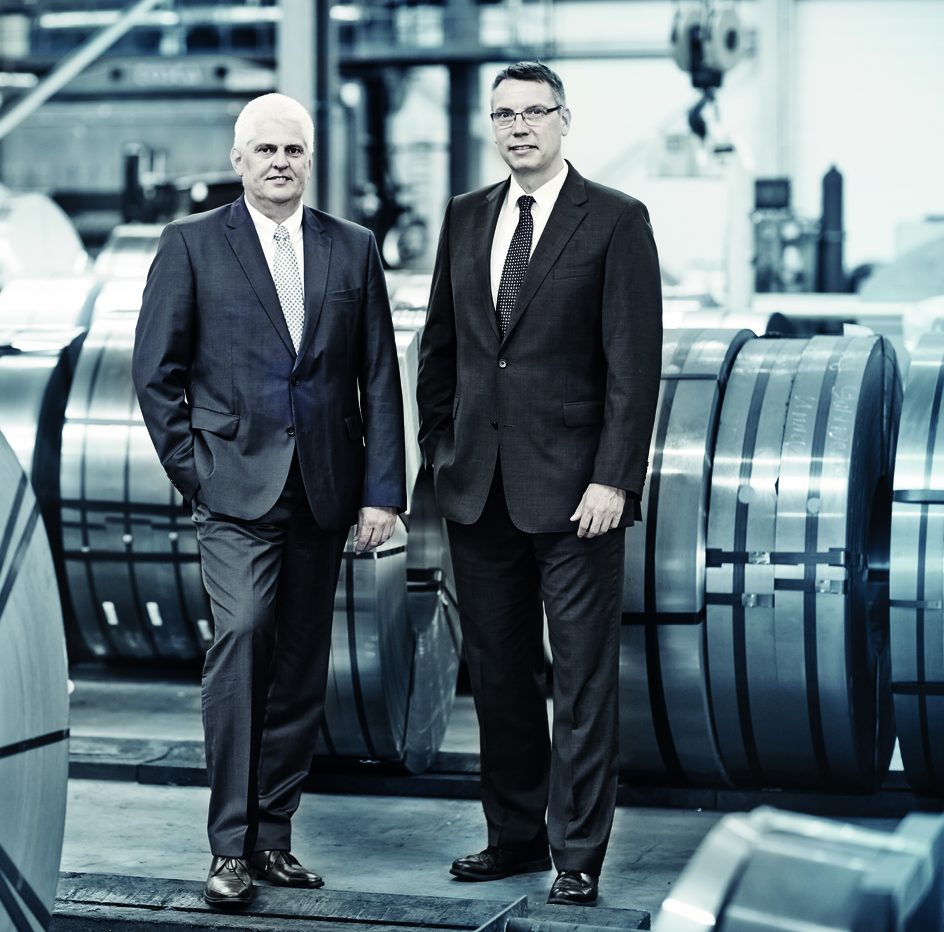 TO MAKE THE GOOD - BETTER

SEARCHING FOR THE BEST SOLUTIONS TOGETHER

We follow a strict procedure in the way we approach our business: Our fundamental effort is to make good things even better step by step and to create a competitive advantage for ourselves and our customers. We are able to achieve these challenges in our work using our company knowledge and our daily enthusiasm. We are convinced that In a cooperative business relationship, where we search together for the best possible solution, an exclusive benefit is generated, which our customers can take advantage of in their individual business situation.

Our customers create the main focal point for our efforts. Their satisfaction motivates us to constantly improve our services. As a long-established company we focus on achieving the objectives of our customer. Whether it is drawn bar or hardened and tempered strip steel, we deliver flawless products to our customers, which correspond to the highest requirements. We are a reliable and competent business partner at the same time. Our customers are being offered over 100 years of knowledge at all times and this delivers an additional benefit. We respond quickly as well as flexibly to all of our customer’s wishes.

Long term confidence, together with a vision for the future, is able to be built from this fertile base. 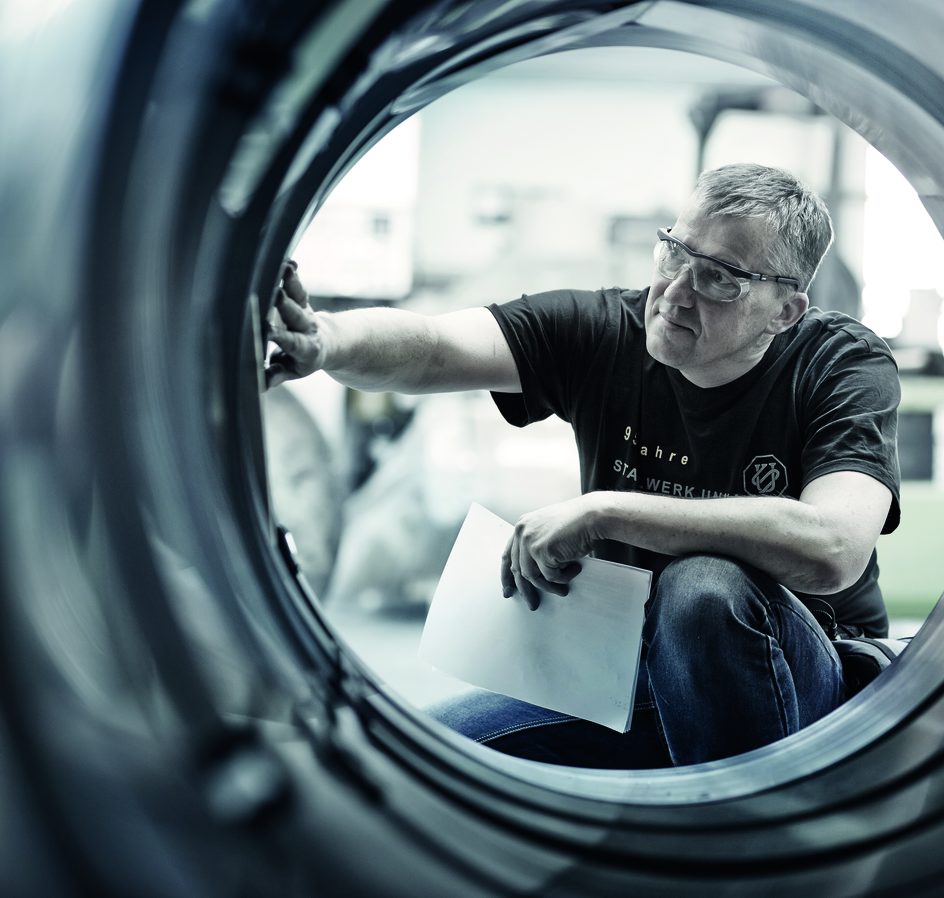 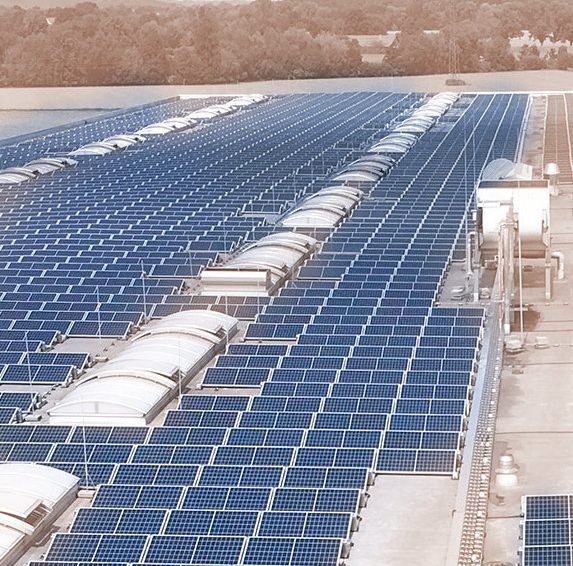 WE RELY ON RENEWABLE ENERGIES

The use of a large-scale solar system not only conserves resources, but also the environment. Use the link below to check the current system efficiency of the plant. The data is continuously updated.

MAKING THE GOOD EVERY DAY BETTER

SEARCHING FOR THE BEST SOLUTIONS TOGETHER